The first American plantation house was built in 1685 by William Pierce, a tobacco planter from Virginia. It was built on a promontory that overlooked the James River, where Pierce’s tobacco farm stretched along the river banks. The house became the main plantation residence of the Pierce family, and it is believed to have been designed by Pierce himself.

During the antebellum era of American history, many wealthy plantation owners built grand homes for themselves on working plantations. However, the style of these homes was not meant to be impractical or impractical to maintain. A large portion of the pre-Civil War architecture was built with the solid construction, utilizing the latest technologies of the time.

The antebellum period is often referred to as the “Gilded Age” of architecture. This time period was marked by grand estates built for the wealthy elite, opulent hotels, and massive public buildings built for the South’s rich economic history. If you think about it, this was really the first time that the wealthiest citizens of the south were able to use their money to build the infrastructure that would later be used to build the southern economy.

When the term “antebellum” is spoken, it conjures up images of large, majestic buildings that functioned as plantation residences for Southerners. These houses include magnificent columns and covered verandas, similar to the manor house in Gone with the Wind. While there are many distinct types of Antebellum architecture, the word is used to describe a wide range of homes constructed in the South prior to the American Civil War. It is exactly because of this historical importance that Antebellum architecture is so fascinating.

In this post, we’ll look at the interesting history of Antebellum-style homes, its major features, and several well-known examples and kinds to get you started.

What is the definition of Antebellum Architecture?

Antebellum is a word used to describe the style of majestic homes seen mostly in the southern United States. These controversial palatial houses, built in the 19th century, were meticulously constructed with strong origins in slavery. The term Antebellum originates from Latin and means “before the war,” referring to the American Civil War between the North and the South, which lasted from 1861 to 1865.

It’s worth noting that Antebellum isn’t a specific architectural style. Rather, it refers to an era in American history that elicited strong feelings.

An Overview of Antebellum Architecture

The Greek Revival Style style gained popularity in the United States and Europe in the 1820s. After Mediterranean nations found old Greek structures that showed the classical styles of architecture established by the Romans and Greeks, this style became popular. As a consequence, both the Southern and Northern United States embraced the Greek Revival architectural style and constructed plantation houses based on it. It quickly became a symbol of national pride in Europe and the United States.

It’s tempting to believe that these Southern mansions were constructed only for the pleasure of slave owners. In fact, they were often constructed with the intention of rich men giving them to their brides on their wedding day. However, most people are aware of the terrible past of these houses, since the plantations were symbols of cruel tyranny and the growth of slavery in the United States.

Most Antebellum houses have large, boxy symmetrical construction with central entrances in the front and rear of the property, as they mimic Greek Revival and a few other styles (we’ll go into more depth in the following section). All of these houses include Greek-style columns or pillars, as well as expansive verandas or balconies.

Hipped or gabled roofs, regularly spaced windows, ornate balconies, and covered front porches with a central entrance leading to a grand staircase and frequently a cupola are further architectural features of Antebellum houses. These homes have balconies that span the length of the building.

The house’s interior is protected from direct sunshine from the south by the roof’s wide overhangs. To keep the home cool, there are many windows on both sides. The porches and verandas offer plenty of shaded places for family gatherings, and the porches often included numerous wall divisions to utilize the space for diverse purposes.

The rest of an Antebellum home’s elements were mainly ornamental. The purpose of columns is to attract attention while also giving the sense of grandeur. These houses’ interiors were equally as stunning as their exteriors. Open stairways, large foyers, vast ballrooms, and elaborately sculpted plaster work along the ceilings are among the lavish features.

Antebellum architecture is influenced by a wide range of Southern house customs. These houses frequently have Greek Revival, French colonial architecture, and other architectural styles, which we’ll go over in greater depth later.

The Antebellum architecture embodies the essential characteristics of all the styles we’ll be discussing. The houses are all big, with symmetrical facades and huge, regularly spaced windows and columns. The home is protected from direct sunlight by the triangular pediments at the front and rear. The roof is usually gabled or hipped, and there is a large central cupola with a view of the plantation grounds. All of the architectural styles strongly associated with Antebellum are listed below:

French Colonial-style houses include wrap-around porches on both the lower and upper levels, and are known for their symmetrical design and high pitched roofs. The majority of these houses may be found in Southeast America, namely Louisiana. Despite the fact that this design has changed throughout the ages, many classic elements may still be seen in contemporary French Colonial houses. They were originally modest and symmetrical buildings, but as time passed, the number of rooms in an open-plan style without a foyer grew.

Square, wooden façade with a central front entrance and two windows are some of the must-have French Colonial features. The main feature of these houses is usually a wide, wrap-around porch.

In New Orleans and Louisiana, you’ll find a lot of French Colonial style houses, but not so much in the rest of the South. These houses also include cross-ventilation systems, which enable cool air to flow throughout the house — a welcome feature in the hot Southern climates!

The Gothic Revival was a prominent architectural style that flourished throughout the United States. These residences were constructed in the early part of the nineteenth century. People adopted Gothic Revival to maintain the popularity of Antebellum architecture in Europe. In the United States, this style may be found on buildings with minimal decoration and symmetrical shapes.

The pointed arches used for doorways and windows are probably the most easily recognizable features of Gothic Revival architecture. Other distinguishing features of these houses were steeply pitched roofs with front-facing gables.

Do you associate the word “federal” with the United States’ federal government? That is precisely what this architectural style entails. It refers to a period in US history when the federal government was formed. This era’s architecture refers to structures built during the construction boom. The houses were strongly inspired by ancient Greek and Roman buildings, and many European style architecture was integrated into Federal. Following the American Revolution, Federal houses gained particular prominence as architectural emblems of the country’s hard-won freedom.

A basic rectangle or square box with two or three storeys and two bedrooms was typical of a Federal design house. Some Federal houses had projecting wings and wrap-around balconies to accommodate bigger families. Geometrical, elliptical, fan-shaped, or circular patterns may even be found as the primary ornamental design of some of these houses. However, Federal-style architecture was embraced not just for private houses, but also for business buildings and official mansions.

The Greek Revival is the most well-known architectural style associated with Antebellum. The beautiful Greek Revival houses were inspired by the ancient temples of 5th century Greece, with their basic, symmetrical proportions. During the early Civil War in the United States, this style peaked between 1825 and 1860. As it gained popularity from the East Coast to the West Coast and beyond, Greek Revival became the first acknowledged national style of US architecture.

To imitate stucco and grand palaces, Greek Revival houses were usually painted white. It’s difficult not to fall in love with this style home’s strong features in simple moldings, gables, massive cornices, and pediments. In fact, one of the most lasting legacies of this design in the United States is the gable-fronted façade.

Houses in the Antebellum style that are well-known

Gvanbriesen deserves credit for this.

Boone Hall is a South Carolina plantation near Charleston. It was founded before the American Revolution in the 1600s. The Boone family were the first residents in the Southern colony, and their home is a good example of Antebellum architecture. The plantation is now a tourist attraction that commemorates the slavery of African-Americans during the Civil War.

Photographer James Butters is to be credited.

Christoval S. Toledano, a cotton trader, constructed the Tullis Toledano mansion in 1856. This house in Biloxi, Mississippi, is a typical example of Greek Revival architecture, complete with massive brick columns and expansive verandas on each level.

The Long Branch Estate, located near Boyce, Virginia, was constructed in 1811 on 1000 acres of property by Robert C. Burwell. It now consists of 400 acres of home and farm and is located 30 minutes from Washington, D.C.

Although the original Antebellum architecture was established in the deep south of the United States some time ago, it is still feasible to adapt the design to modern houses. The primary characteristics of a contemporary rendition of an Antebellum house include a central porch supported by pillars, big windows, and a carved balustrade. You may even keep decorations to a minimum by opting for square columns rather than elaborate ones. If you’re inspired by these lavish homes but don’t want to go all out with the complex architectural designs, just incorporate a few of the key features we’ve discussed above into your contemporary house for a sophisticated touch.

The antebellum period is one of the most misunderstood periods of American history. As the years progressed, the idea of the “Old South” became an inaccurate representation of the South’s culture, architecture, and history. This inaccurate representation of the South’s history was created by the ideas of the people who created the “Old South”, as their ideas of what the South was were too limited to the scope of the South’s true history.. Read more about southern architectural styles and let us know what you think. 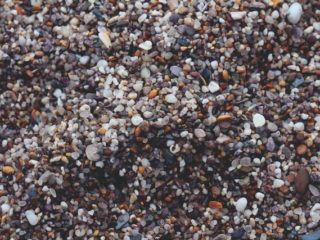 What is Pea Gravel and Should You Use It? 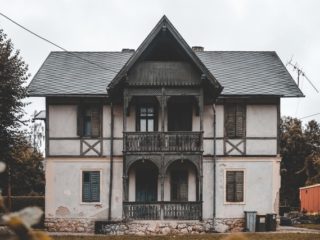 How to Stop Walls From Sweating in an Old House

What is Apple Home

How to Stop Walls From Sweating in an Old House